We are so happy and grateful that our Indiegogo backers stepped up and helped make this project possible! We were fully funded at 113% of our goal. THANK YOU!

Intensive rehearsal weekends make Mondays seem like waking up in a new world! Here’s something we did this weekend: shot some silly footage that will be folded into our show. This sound isn’t the real sound we’ll use…

We just launched our first crowd-funding campaign on Indiegogo! Nerve-wracking but exciting! Here’s me looking hopeful on a beautiful September day! 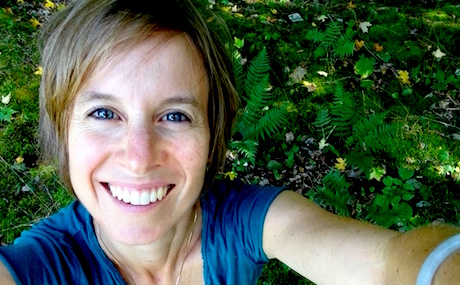 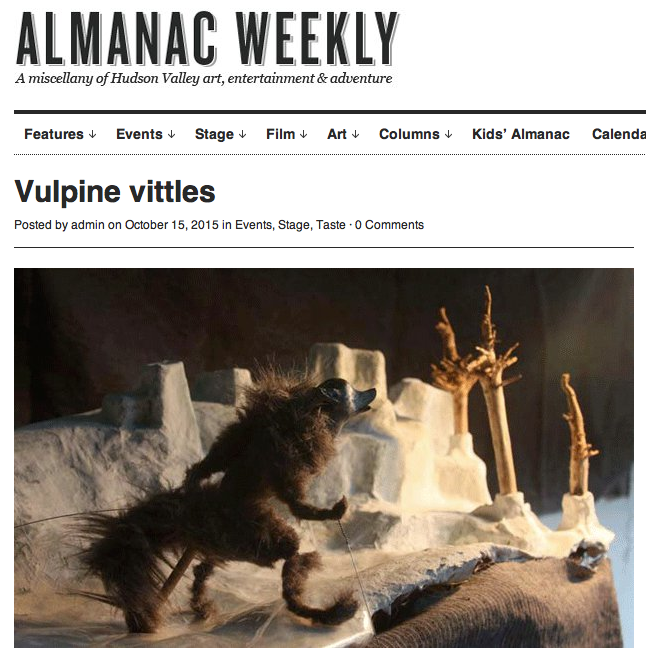 It all came together quickly – I am so excited to be a part of this festival! Revisiting and remixing Darkling – making a new puppet – it has been a blur, but it makes me want to linger in Darkling’s creepy world for a bit longer. If you’d like to feel what that’s like, for 15 minutes at least, come to Rosendale tomorrow. I’m on around 2:15!

It’s hot and sunny out there but our thoughts are turning to fall! I saw some reddish leaves. The grass isn’t growing as fast. The puppets are getting neglected because we are all racing to go swimming in the stream before it gets too cold again.

But, things are simmering.

We are preparing a new Café Isegrim on October 17th: this time we will be working with sculptor and chef Mor Pipman at her beautiful space, the old Glenford Church that was moved when the Ashokan Reservoir flooded its original site. Newly renovated, with the exact old timey vibe we need for the next installment of Fox vs Kingdom, our epic puppet beast satire. We are not just showing you an in-progress scene as we have in past Cafés – this is the real thing. It really is an epic so we are now serializing the show! If you missed the first act at St. Ann’s Warehouse last year, you can watch it here.

Also, a new opportunity for kids aged 7 – 12 : I’ll be teaching a puppet workshop at the Hudson Opera House starting October 21, which ends with a show and then the creation of a storefront installation that will open for Hudson’s Winter Walk on December 5 and stay up through the holidays. 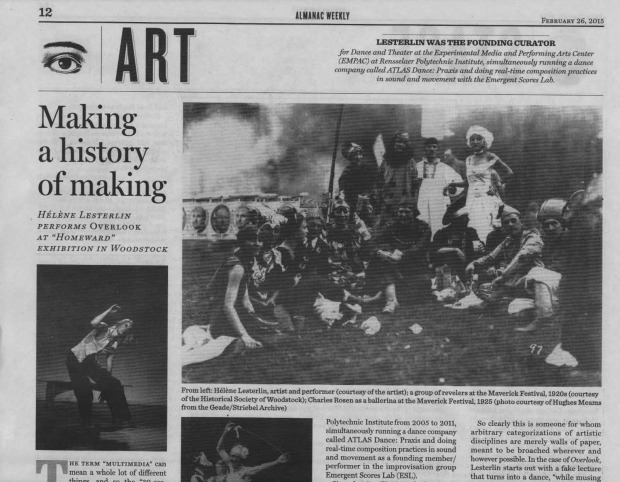 THE TERM “MULTIMEDIA” can mean a whole lot of different things, and so the “30-second elevator speech” description of a multimedia artist’s upcoming event rarely conveys more than a glimmer of what awaits the attendee. Thus it behooves us to know a bit more about interdisciplinary performer Hélène Lesterlin, lest we airily dismiss this weekend’s “Overlook/Homeward” exhibition/performance at the Kleinert/James Center for the Arts in Woodstock as navel-gazing by a community that regards itself as the center of the countercultural universe.

True, the specific occasion for the event is the homecoming of 22 works of Woodstock-spawned art from the Woodstock Byrdcliffe Guild’s permanent collection that have been on loan to the Samuel Dorsky Museum of Art since 2007, to be placed on public view (the “Homeward” part of the show) for only three days before they go back into storage. And true, Lesterlin describes her solo performance scheduled for this Saturday evening as “taking as inspiration the lives and verbatim words of Woodstock artists from the era of the Maverick Festivals and the founding of the art colonies.” But it sounds like the artist/choreographer/curator has the creative chops to interpret the history of Woodstock – which Lesterlin describes as “full of wild characters who embodied major cultural and artistic shifts in the early part of the 20th century with gusto and courage” in ways that we haven’t all seen before.

Lesterlin earned an undergraduate degree doing sculpture at Yale and a graduate degree doing dance at Bennington. She was the founding curator for Dance and Theater at the Experimental Media and Performing Arts Center (EMPAC) at Rensselaer Polytechnic Institute from 2005 to 2011, simultaneously running a dance company called ATLAS Dance and doing real-time composition practices in sound and movement as a founding member/performer in the improvisation group Emergent Scores Lab (ESL).

Since leaving EMPAC she has been working independently under the rubric of Studio Reynard, reflecting her interest in French medieval folktales and troubadour ballads (she has done residencies in France as well as Taiwan). Last year her satirical puppet show based on the story cycle of Reynard the Fox, Fox w. Kingdom, was performed in Brooklyn as part of the St. Ann’s Warehouse Puppet Lab’s Labapalooza festival. And for Wave Farm’s summer 2014 Groundswell event at Olana, Lesterlin was commissioned to do a site-specific improvised dance duet, Geographica, whose sound-score incorporated such diverse elements as classical Persian poetry and contemporary radio broadcasts about unrest in the Middle East. As if that weren’t enough to keep her busy, last fall she joined the curatorial staff at Mount Tremper Arts.

So clearly this is someone for whom arbitrary categorizations of artistic disciplines are merely walls of paper, meant to be broached wherever and however possible. In the case of OverIook, Lesterlin starts out with a fake lecture that turns into a dance, “while musing on themes of aging, artmaking, Utopia and the magnetic pull of Woodstock on its longtime residents and the popular imagination.”

As befits anything calling itself contemporary art, there are elements of interactivity as well. There will be a 7:30 p.m. reception preceding the 8p.m. performance and a question and answer session afterwards. Visitors to “Homeward” – co-curated by Lesterlin and Derin Tanyol of the Woodstock Byrdcliffe Guild, using materials from the archives of the Historical Society of Woodstock as well as Byrdcliffe – will be invited to contribute to a visual installation and audio station designed by Lesterlin, and she plans to be on hand to chat (and take notes) throughout much of the exhibition’s three-day run.

If you came to the performance and exhibition “Overlook / Homeward,” you can relive the memories now!  If you couldn’t make it, here is a chance to have a brief taste of what it was all about: I have posted a 12 minute excerpt from the show and some photos here. Check it out! What a fabulous weekend it was. Thanks to everyone who participated! – Hélène

Gearing up for the premiere of my fake lecture that turns into a dance: OVERLOOK. So many people have made this work possible! It is a labor of many hours of archival love. Check out the event page or go directly to buy your tickets.

The show is framed by a three-day exhibition of ephemera, photographs, artworks and objects from the Alf Evers Archive and the Historical Society of Woodstock, as well as an interactive archive / visual installation where I invite YOU to contribute your stories, drawings, memories, dreams… I’ll be there during gallery hours ready to serve you a cup of tea! In addition, 22 works are coming home to roost again at Byrdcliffe, back from a long-term loan, including this painting by Zulma Steele. All this and more at the Kleinert Center for the Arts, in Woodstock NY on February 27 – March 1! For more, click here for the press release from Byrdcliffe. 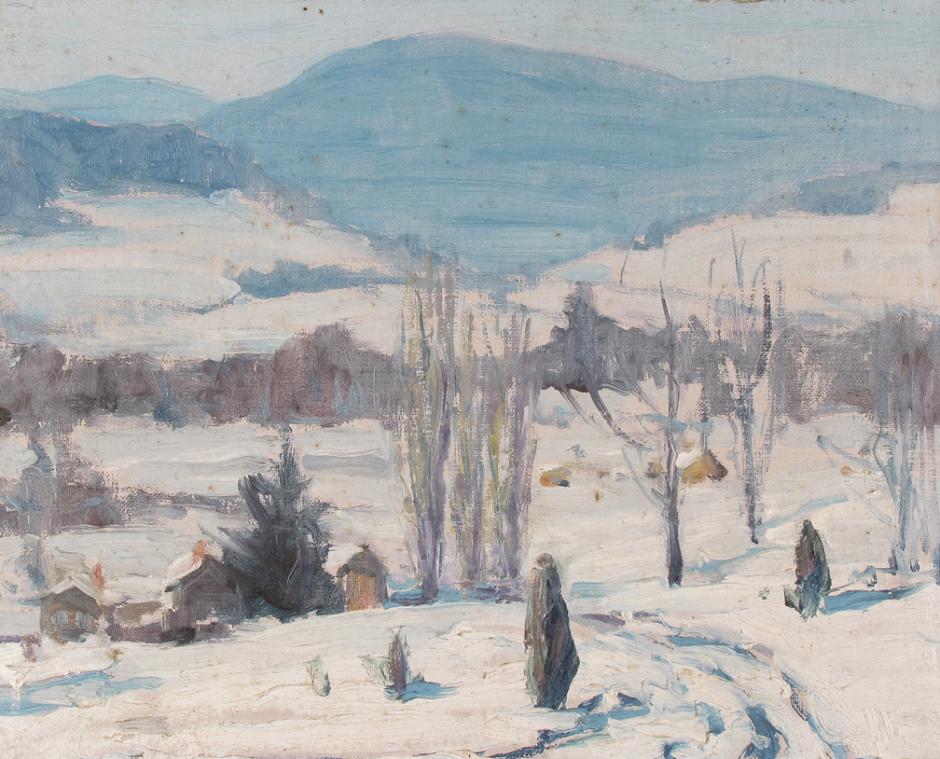 We just spent five days at gorgeous Mount Tremper Arts, in an intensive residency retreat. The goal was to come out of that time with a road map for a fully-fledged evening-length version of Fox vs. Kingdom. Along the way, we got to witness a meteor shower, eat brussel sprouts picked at midnight from the garden, lay out scores of hand-made index cards all over the studio, and spend much too much time laughing. Just before we arrived, we had gotten some good news: the Jim Henson Foundation has given us a grant… which gave us an added boost and an additional reason to celebrate this fertile time!

We did it, we have our road-map, and now it’s time to build a lot of puppets and make some joyful noise with them. Onwards my dear collaborators Laura Brenneman, Anastacia Bolina, Scott Bolman and Kyra Miller (who has agreed to be our dramaturg!).

In case you missed this pic from Instagram, I share it here: honoring the greats (Henson) while making dinner… 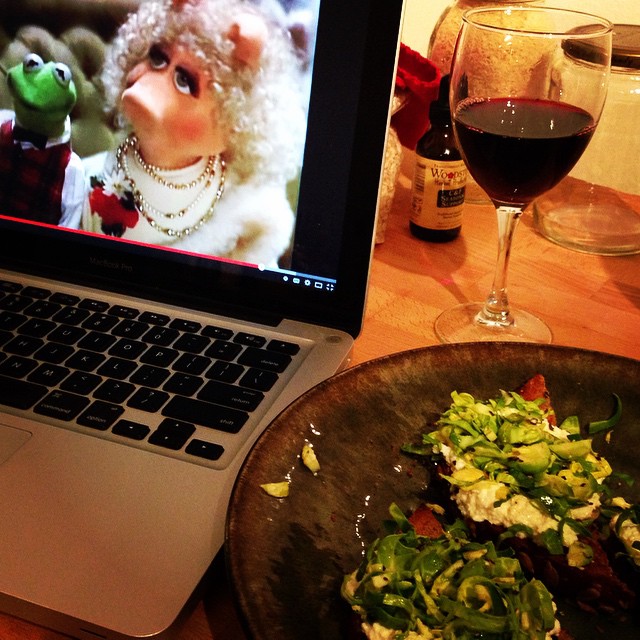