A site-specific performance and sound installation created for Olana, the estate of American painter Frederic Church in Hudson, NY 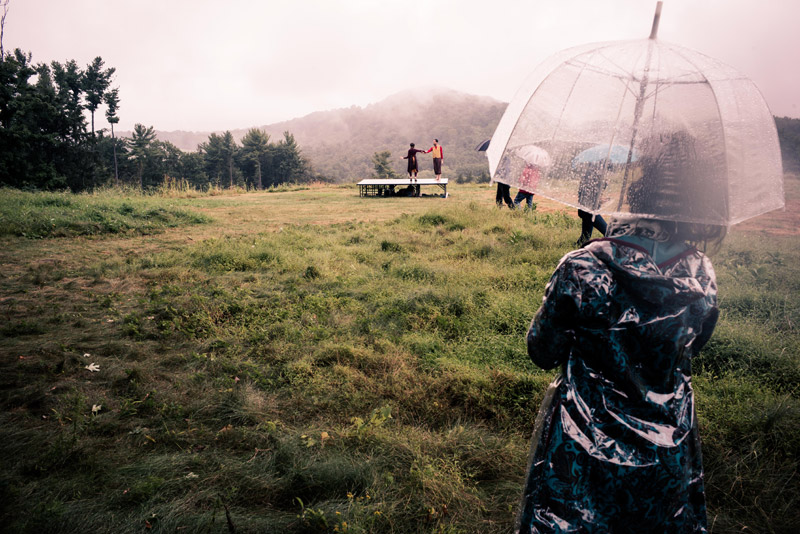 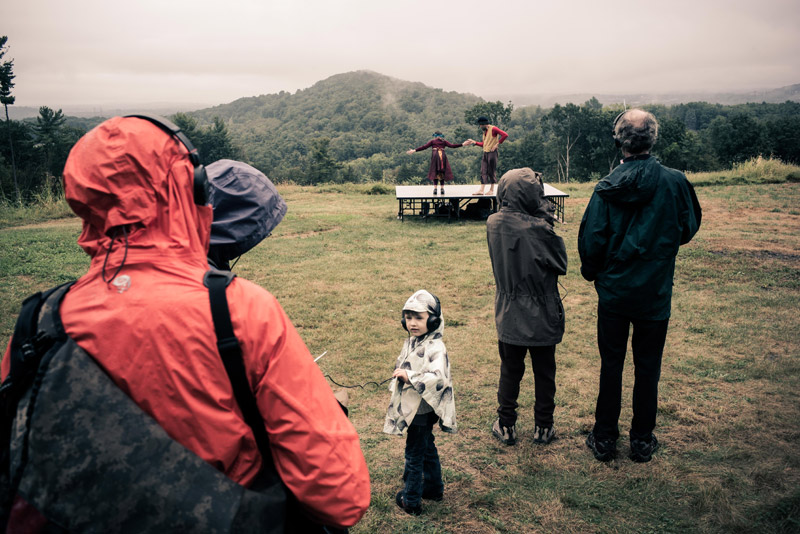 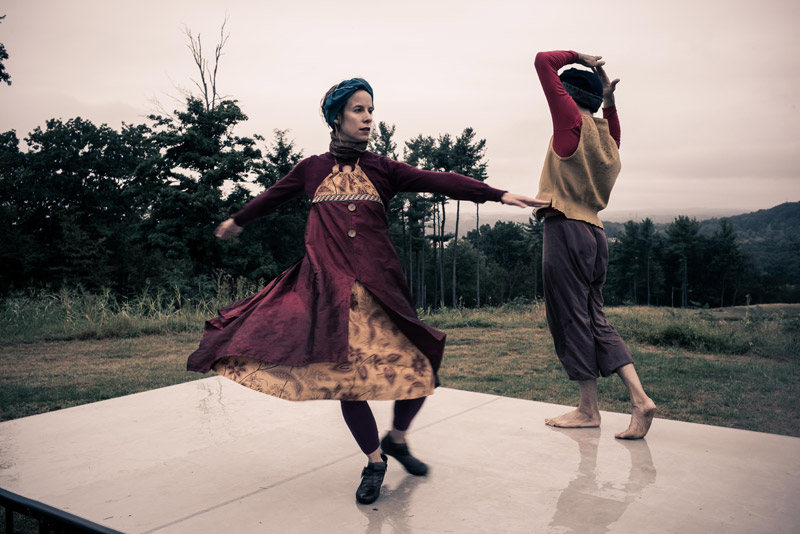 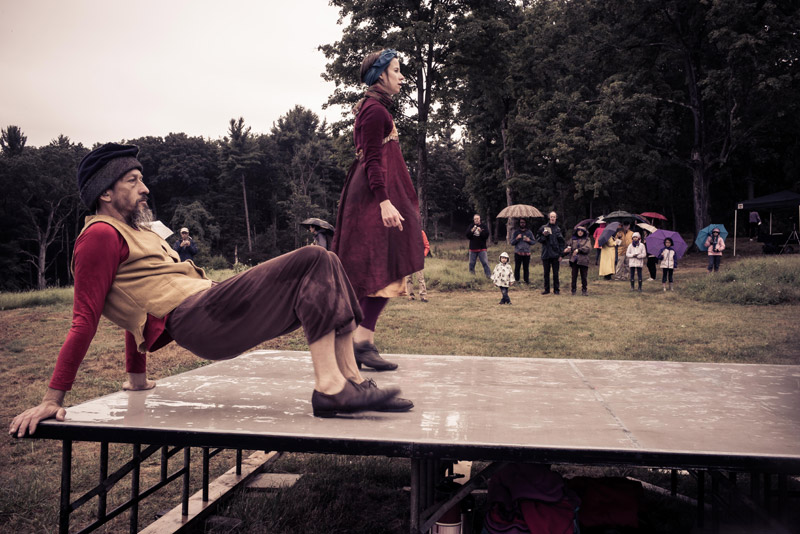 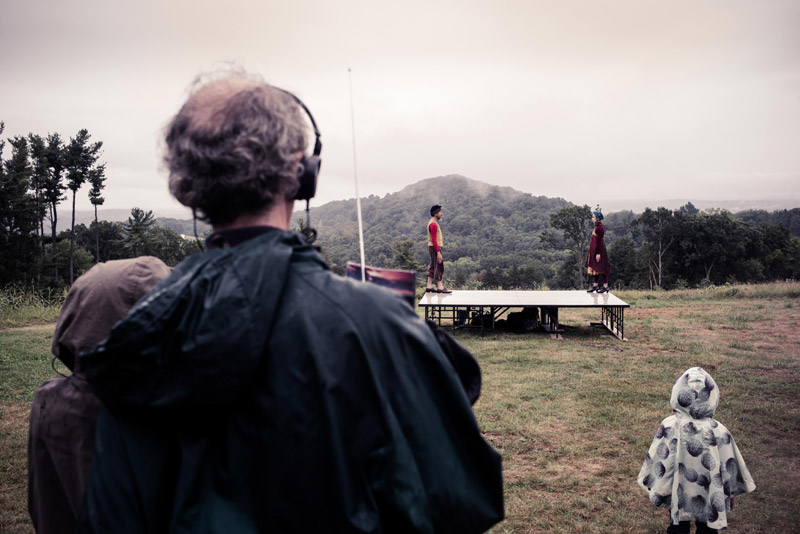 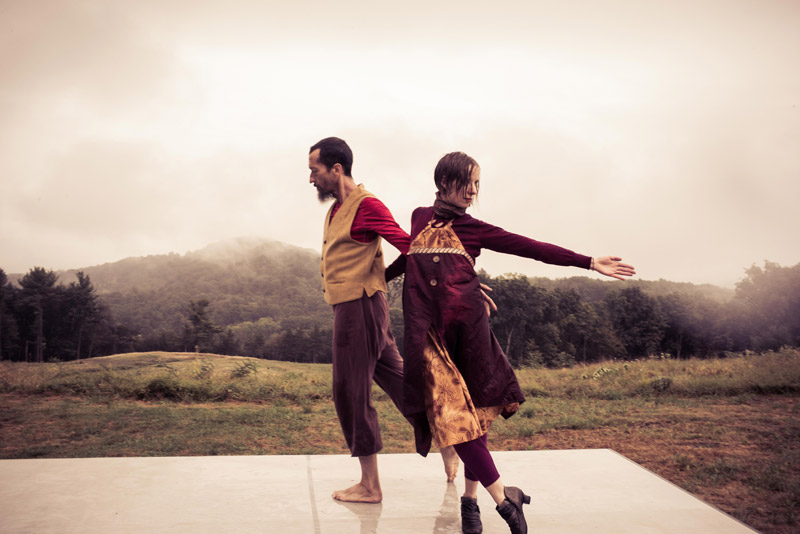 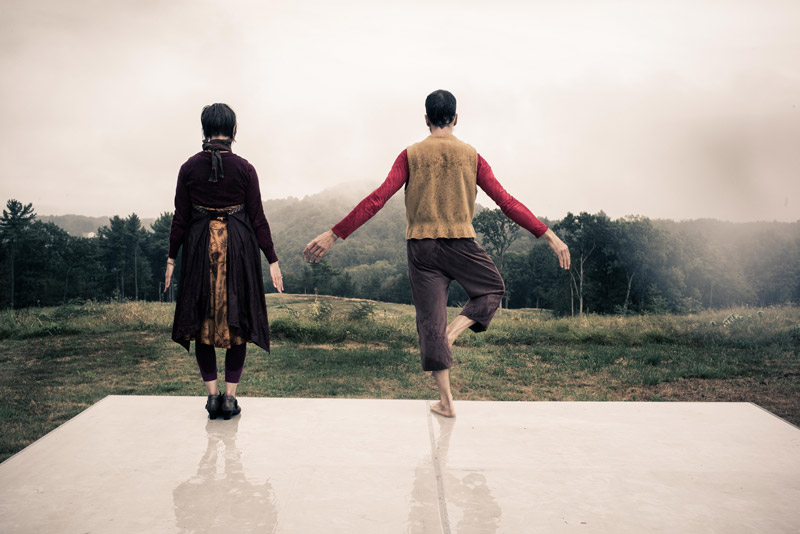 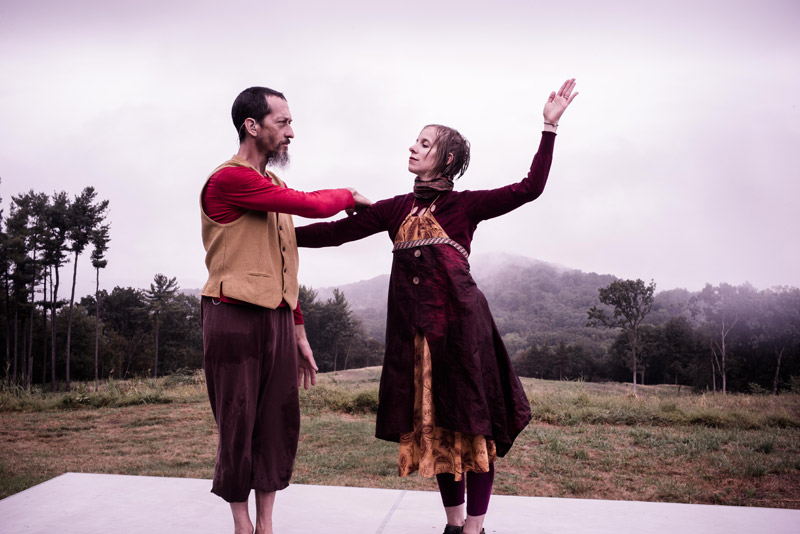 Two dancers hover above a field, the massive panorama of the Hudson Valley behind them. Framing the landscape, small figures on a huge ground, this ongoing, improvised duet is buoyed by an undercurrent of words. Found or inspired by the art, life and personal archives of Frederic and Isabel Church, the spoken and sung texts alternate between intimate travelogue, Persian poetry, BBC news, and contemporary musings on the sublime, art, foreign lands, geopolitical tensions, and our shimmering, shifting American identity. This rumbling soundtrack, heard by both performers and audience through radio headphones, acts as an aural frame. The dance, created in real time and anchored in this vast landscape, works in counterpoint to these far flung references, that float as radio signal in the air.

In 1867-68, Frederic Church and his wife Isabel traveled for 18 months in Europe and the Middle East. Frederic wrote long letters back to his friends in the US, vividly describing the places they were visiting. Giving a remarkable insight into his vitality, curiosity and the sources of his work, excerpts from these letters can be heard in the score. This trip informed and deeply inspired Church when he returned to create his estate, Olana.

Olana, a fictional name, was drawn from the pages of Strabo’s “Geographica”, a staggeringly detailed description of the geographical, social and political attributes of the ancient Roman world. Isabel gave Frederic this tome as a gift – a fitting symbol of their fascination with ancient empires and the imaginary utopias they evoke. 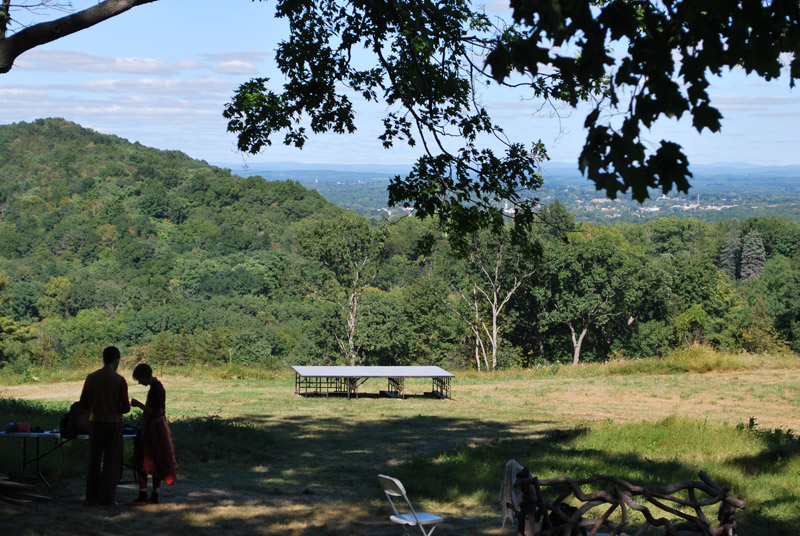 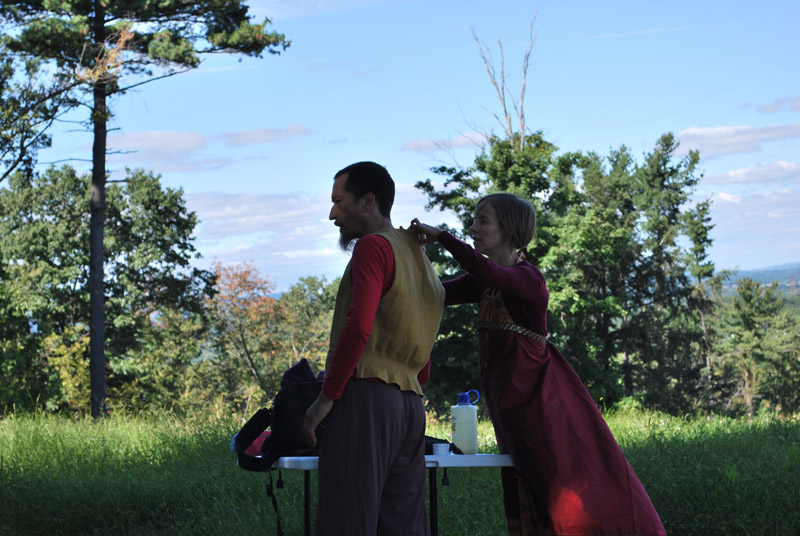 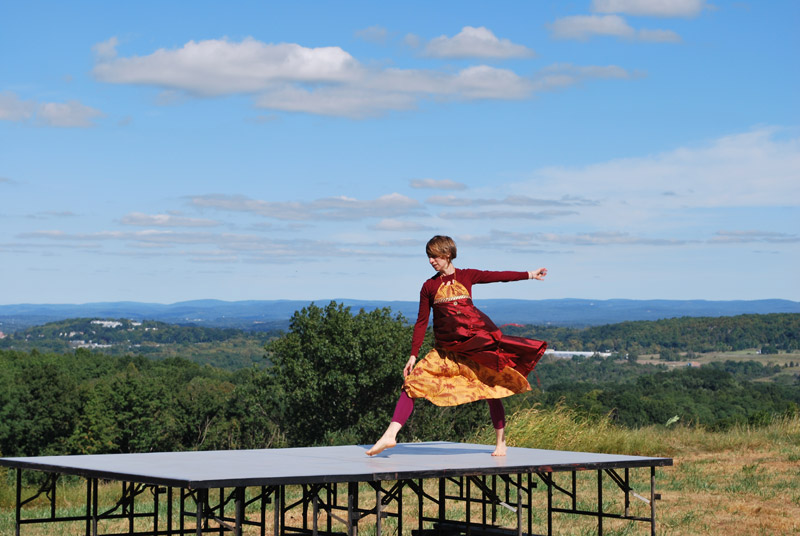 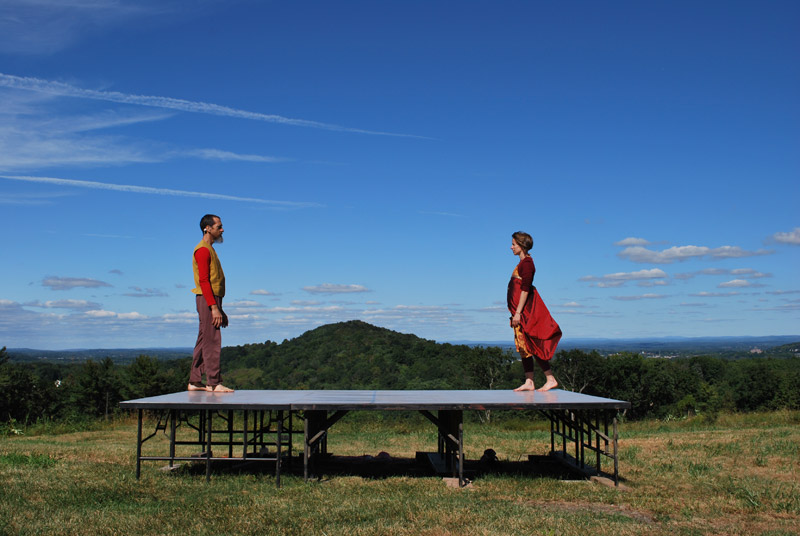 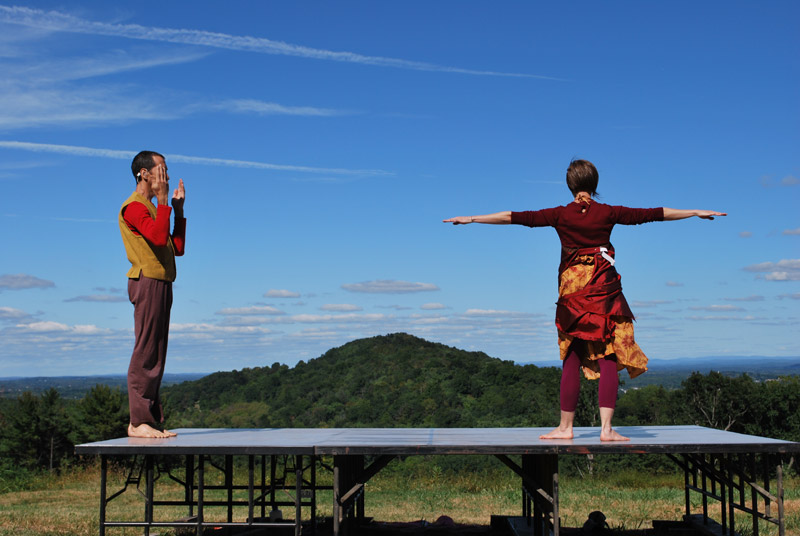 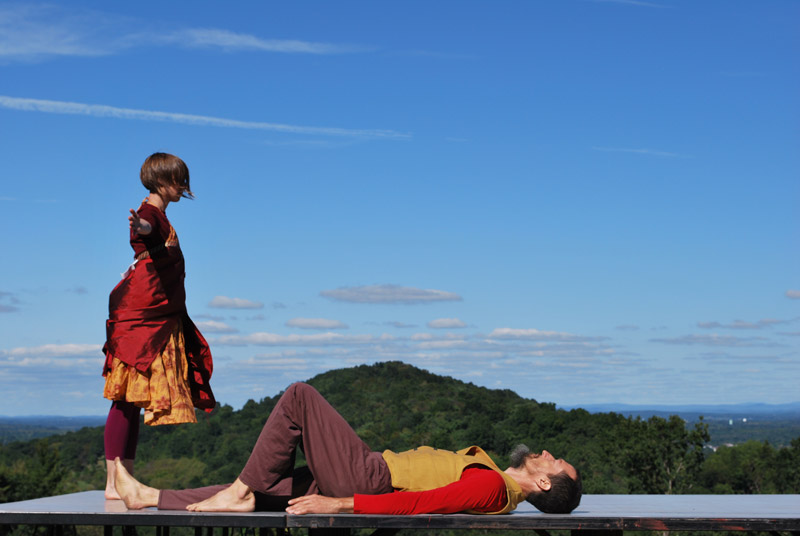 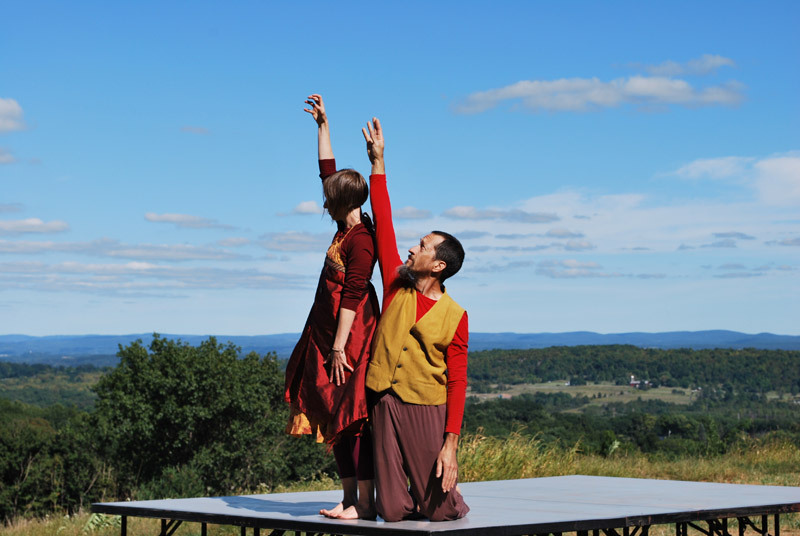 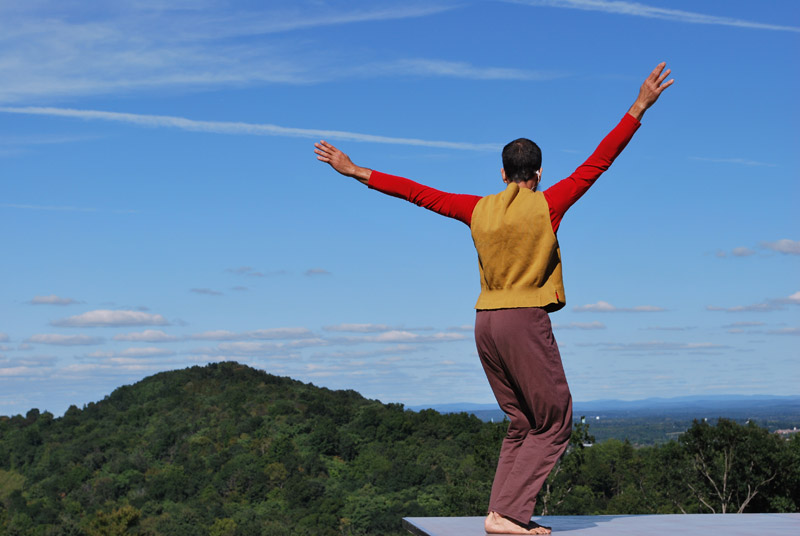 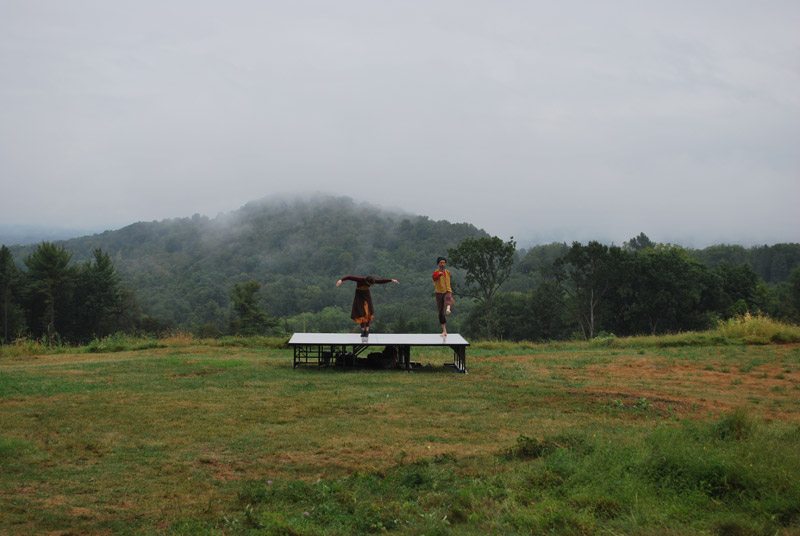 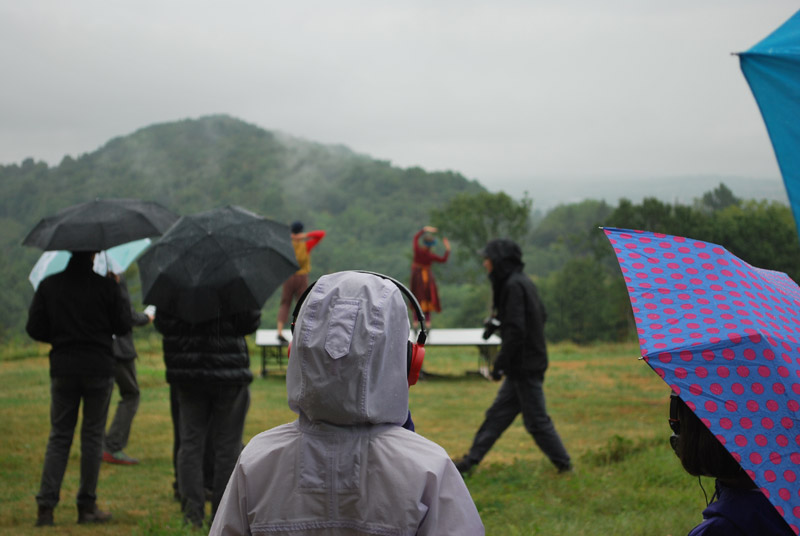 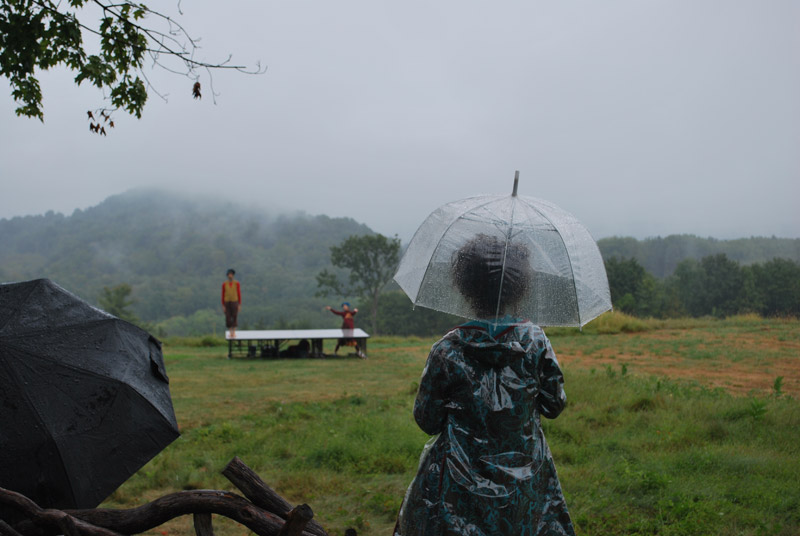 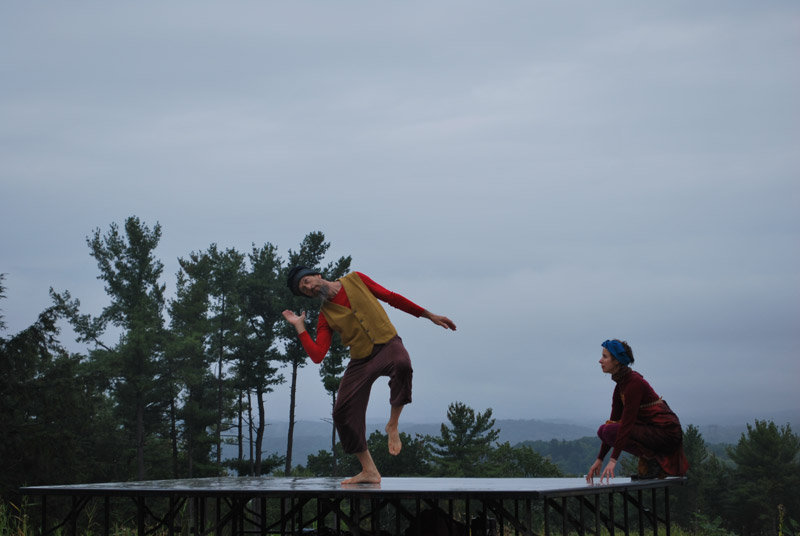 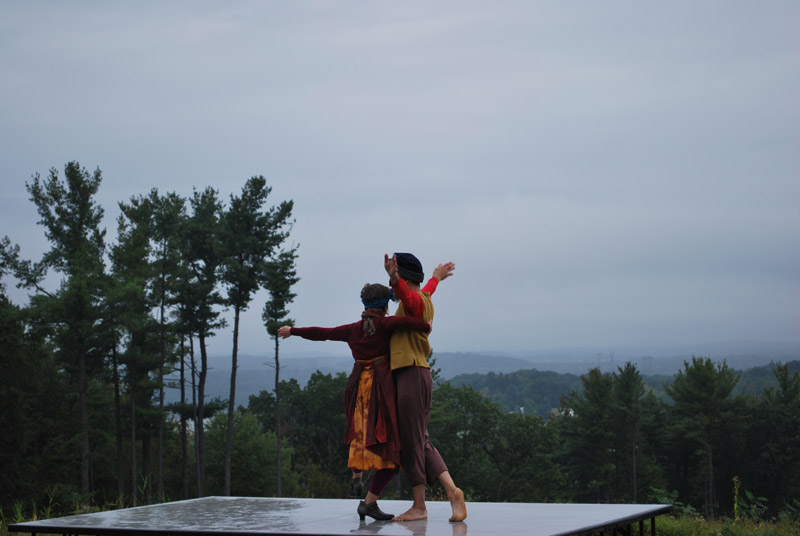 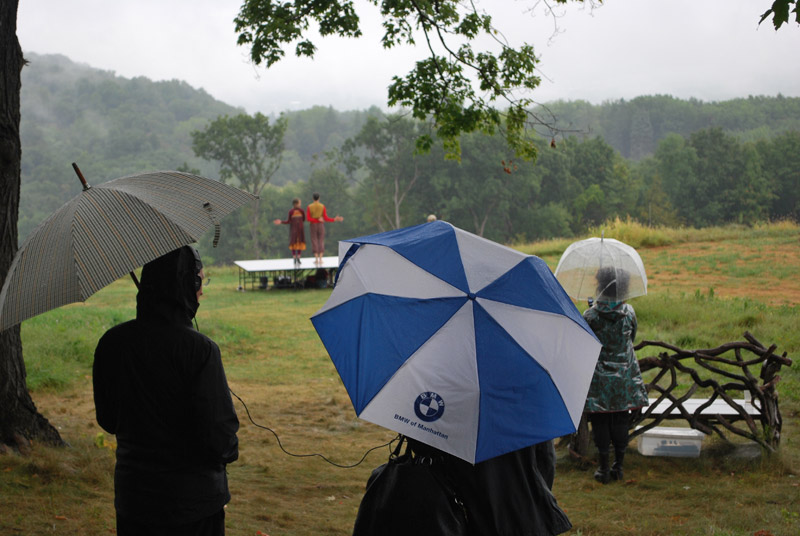 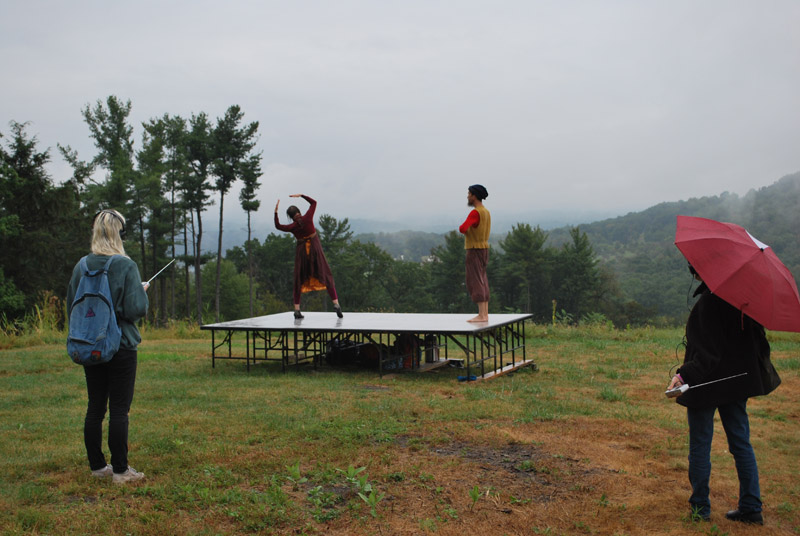 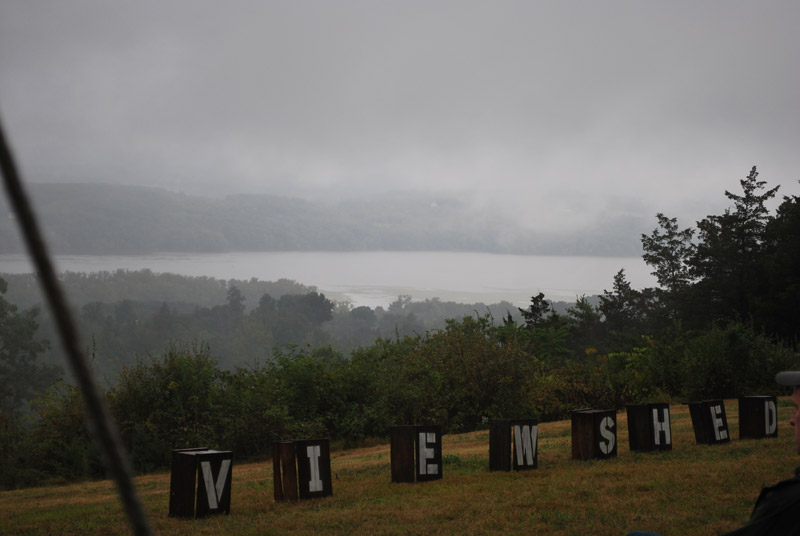 This performance is dedicated to Iranian poet and activist Simin Behbahani, who died in August, 2014, at the age of 87. Her poems are radical, passionate, sharply critical, and extravagantly lyrical. A selection of her poems are featured in the sound-score.